The 2012 Successes of Fire Player Development

The Chicago Fire Player Development setup continued to show a lot of progress throughout 2012. It all started at the beginning of the year when the club announced the Kentucky Fire Juniors based in Louisville and re-launched the Michigan Fire Juniors on the west side of that state.

During preseason, the club also was able to bring its first team up close for the Juniors affiliates in Florida and Louisiana, playing friendlies in front of both groups in Ave Maria and New Orleans respectively.

In May, the club announced the expansion of its full-funded Academy program to run from U-18 all the way down to the U-10 age levels. The landmark announcement made the Chicago Fire Academy the only comprehensive, fully-funded player development program in Major League Soccer encompassing players in those age levels.

On the field, both the U-16 and U-18 U.S. Soccer Development Academy teams qualified for the national playoffs, with the younger group picking up fourth place in the nation during July’s final tournament.

The club bagged two more national championships as the Super-20 side led by Steve Morris defeated the Columbus Crew 3-1 in the USL North American final in Bradenton, Fla. The victory marked the team’s second North American title and first since 2008.

A little bit closer to home, the Paul Cadwell-led U-18 Youth Academy was crowned U.S. Club National champions after defeating MPS Bulldogs 3-0 in the final held on July 31.

From that championship team also came the amazing story of Reid Strain. Heading into his freshman year at Indianapolis University, Strain missed the Youth Academy’s national championship tournament after being called up by the Puerto Rico U-20 side for CONCACAF World Youth Championship qualifying.

After impressing with the junior Puerto Rican side, he was asked to stick around and served as an unused sub in the territory’s 2-1 loss to reigning World and European champions Spain on August 16 in Bayamon.

Most recently, the club had players on the rosters of three of the four NCAA Division 1 College Cup participants with six players that had Fire ties ending up collegiate national champions when Indiana University defeated Georgetown 1-0 in the final. 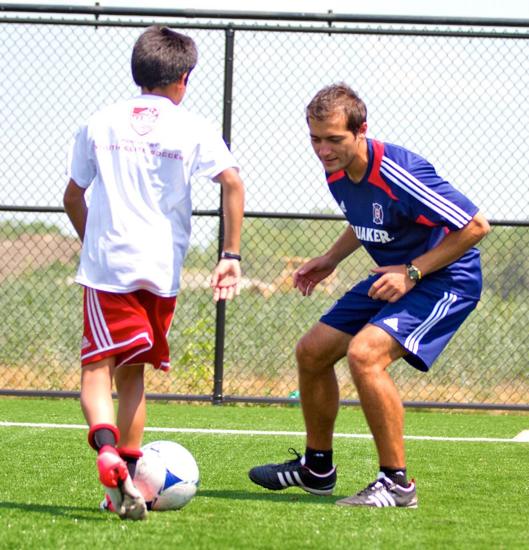