Before becoming Director of Coaching for Eastside FC in Michigan, UEFA ‘A’ licensed Gerard Jones coached in both grassroots and professional football in the United Kingdom, United States, Italy, Norway and New Zealand.

Matt Brown directs recruitment for YESsoccer. He caught up with Gerard recently and asked him to tell us how he made it in America...

I've always been involved in football (soccer) since playing for various clubs which led to becoming a youth team player at Halifax Town. Whilst at Halifax as a player I would coach at the Centre of Excellence and coach in local schools and this began my journey as early as 15/16 years old to the point where, when I was 19 years old, I set up my own coaching business and began coaching in primary and secondary schools – running camps and my own Development Centers – and from here the love for coaching grew to coaching across various levels as a DOC, Head Coach, Academy Coach and so on in the UK and around the world.

I have been coaching for over 10 years and have worked at every level from grassroots through to professional game including college, university and semi-professional levels.

My passion has always been developing players and finding ways to maximize individuals’ strengths.

At the time I was working with an American collegiate soccer academy where players combined studying for a degree alongside playing soccer, which included working with Bradford City AFC. I got a taste for coaching American players and, with the game growing in the US and the opportunities to gain more experience of managing a club-wide program, I thought that coaching in the US would give me even more experience that will help me become successful as an Academy Director or First Team Manager in the future.

My coaching philosophy is based on my experience as both a coach and qualified teacher. I want to empower players (learners) to become independent thinking and solve problems, leading towards 'self-learning' as this is powerful - so my behavior is based around influencing, empowering and reinforcing messages that support players learning the game, and being able to make decisions. My coaching is focused on working on players’ strengths as opposed to their weaknesses – I want to maximize what they're good at and tweak additional areas as we go along.

Eastside FC is a club full of history. Having been established since 1979 the club has been providing a fantastic provision for soccer development for several years and my role as Director of Coaching is to continue that history and build on it by establishing a game style, coaching curriculum and player development model that reinforces the messages we want in order to develop future 'self-learners' and good players meaning players that are comfortable in-possession and resilient out-of-possession. My responsibilities are everything to do with 'coaching' and 'player development' which sees me manage a team of coaches who are charged with delivering sessions that inspire, enthuse and energize creativity as we want players to grow from our program onto more advanced levels, be it in professional, semi-professional or collegiate level, or as a coach.

At Eastside FC the consistent messages I'm promoting as part of my role surrounds how we can coach the 'person' before the 'player'.

What were your goals when you first joined Eastside FC?

Firstly to establish a program that offered a bridge between our recreational and select programs by offering advanced coaching opportunities to players, alongside introducing a curriculum and game style that the coaches must follow as well as putting an application together to help the club get into the ‘Director's Academy’ and then, as a result, prepare and organize the tryout structure and support these initiatives.

So far, in the two months I've been here, we've launched a development school for recreational players aged U8-U12 (boys and girls) with over 40 players being trained by myself and other coaches, with most identified as 'good talent' for our select teams.

The club was recently accepted into the Directors Academy for the first time in the history of the Club, despite previous unsuccessful applications prior to my arrival and we are currently in week eight of a ten week block of our curriculum, currently working on 'build-up play' having previously worked on ‘high-press’.

Matt Brown and Stuart Greer both have an excellent reputation in the US as headhunters and recruiters of good highly-licensed staff, and so being connected with them was great. I felt comfortable speaking with them both about coming over as YESsoccer specializes in offering the right opportunities that suit the right coaches.

I chose YESsoccer because I wanted to establish myself in the US and have an opportunity to grow a project (club) into a successful club for developing players onto more advanced levels. What made me confident in working with YESsoccer was not only YESsoccer's ability to sort out my VISA and talk me through how to get out to the US, they also have a fantastic range of club contacts where I was able to speak with various Presidents of clubs in different States and decide myself which club was right for me and my journey.

It's great connecting with someone like Stuart, as he's an A Licensed Coach, respected in Michigan, and knows the area well having previously built up the program at Michigan Chill SBC. So having someone to speak to who understands the culture, knows the local area, and can guide me through the transition of moving over to the US was a great resource. Soccer operates differently here on many levels compared to the UK, so having someone to speak to and ask for advice or second opinion is good - he's been here and done it before.

Many people will say they are enthusiastic, they have a good manner and so on, and I would say these are my strengths also, but perhaps what separates me from others is my boundless energy and desire to work hard, study and learn as I've coached at every level, in a wide range of experiences. Whilst most people are sleeping or doing something else, I'm working on my coaching, coaching teams, studying, speaking to people at the highest levels of the game picking their brains and it never stops!

I've not come across anyone yet who's as focused as I am, many say they are I'm sure but my energy alongside my meticulous attention to deal are what separate me from others.

Winning isn't important! Winning with style is important. To me winning is key and important to learning but not to be confused with winning at the detriment of learning, as I'm not going to pressurize players to win at younger or older ages, but instead work hard to prepare them during the week and enthuse them to have the best chances of winning. More importantly in my current role as DOC, I value more ‘lifelong learning’ – as opposed to winning at all costs. I would rather lose but have players try to keep the ball, play with confidence and express themselves, than scream and shout for them to kick long every time and win by 'hook or by crook' type fighting soccer tactics.

What mistakes have you made in your coaching career that influenced how you coach today?

The obvious one is information. Coaches often want to correct everything. It's much more beneficial to work on one or two things and 'bullseye' key messages rather than bamboozle players with too much information. 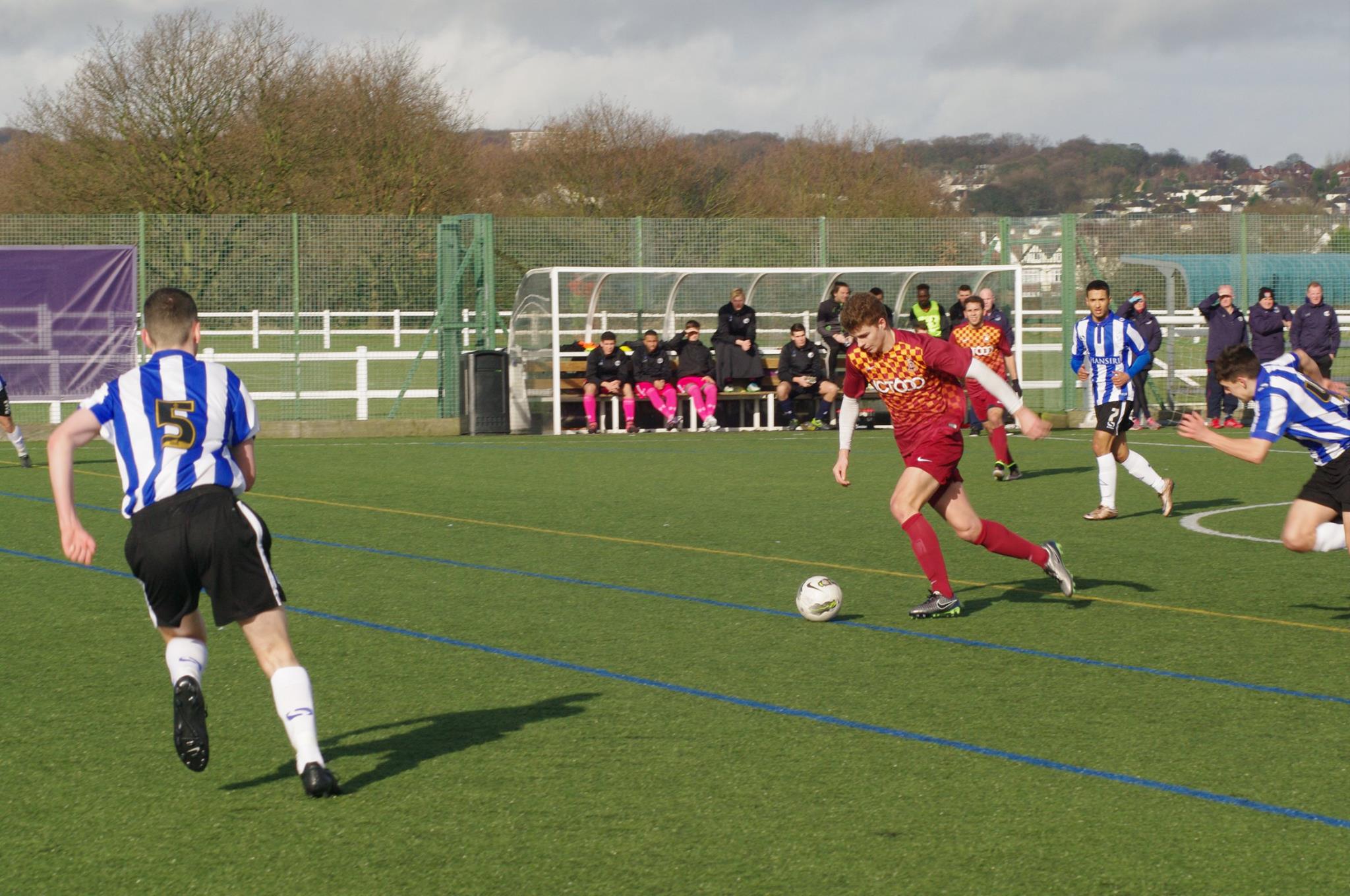 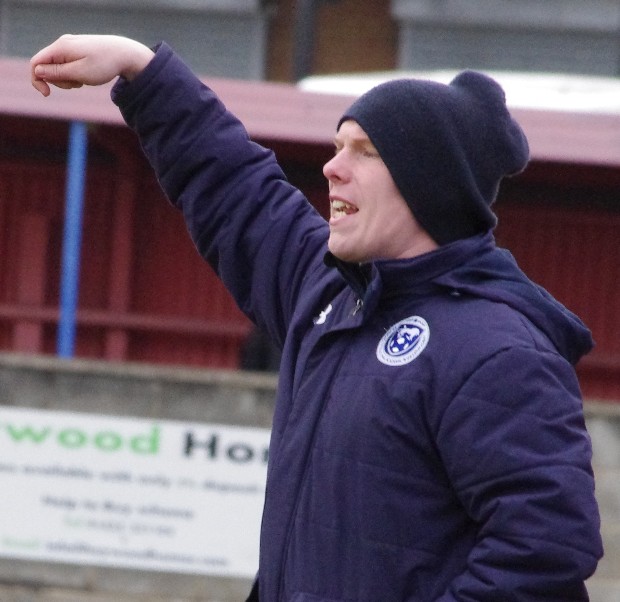