Steve Corcoran is a great example of preparation meeting opportunity. When Steve attended our YEScoachID event in 2016, he was ready for a role that would allow him to apply his background in youth and community development.

Looking back on what he calls the best year of his life, Steve tells YEScoachID Director Chris Andrew about his growth from a coaching candidate at Villa Park to a development director in New England.

There are many reasons that I joined YESsoccer, one of which was the interview process. It was very relaxed and it was clear from the get-go that YESsoccer look for good people not just good coaches. Chris Andrew was always available to answer questions and help throughout the visa process. When attending the YEScoachID day in Villa Park I was very impressed from the start to finish.

YESsoccer staff welcomed me at the gates of Villa Park and the attention to detail was second to none. A huge part of my decision to join YESsoccer was speaking to Matt Brown, the COO of YESsoccer.  He was well informed about me and my past coaching experience. I was so impressed that a man in Matt's position knew who I was and took the time during the ID day to talk to me.

YESsoccer have helped me immensely during my time here. I've most definitely become a better coach and my understanding of players and clubs have improved. The weekly staff training days are helpful support as well as the close network of coaches. The support for coaches from senior members of YESstaff has been outstanding. It's the first time in my career where I feel I can ask for support on anything and the support will be there. I've worked for a few companies where this hasn't always been the case.

While being at YESsoccer I have been able to work alongside some fantastic coaches, and have had the great honour of becoming an Assistant Development Director. This role lets me get more hands on across all aspects of the company. Since assuming this role I've been able to help players, clubs and the soccer community throughout the East Coast.

I’ve been coaching for just over 10 years now. I’ve learned many things along the way but I think my biggest lesson have been that ‘practice makes permanent’. In my early days as a coach I would often struggle to understand why players weren’t mastering a certain skill or technique. It wasn’t because they weren’t doing it enough – it was because they weren’t doing it right. This led me to pay much more attention to detail with each player and coach them not only as a team but individually too.

I want to be a positive role model for my players and hopefully inspire them to coach or give back to youth soccer after they have finished with their playing career.

Winning is great and I’ve always enjoyed the feeling you get after your team wins a game, but it’s not the most important thing to me. I would much rather my team plays well and loses than to play badly and win - it’s hard to learn from playing badly and winning. In youth soccer there is a time and a place for winning and children are naturally competitive anyway so there is no need for me or any coach to try to win a game at all costs.

I have been lucky enough to work with many great coaches over the years in Ireland and across the globe, coaching with the likes of Joe Boyle (Finn Harps U19 Manager) Declan Boyle (former Celtic player and Finn Harps U17 Manager), Steven McNutt (FAI Coach Educator) and Tom Mohan (former Finn Harps midfielder and manager of Ireland's Under 17 team).

My heroes include Trevor Scanlon who took me under his wing while he was the RDOC for the FAI in Donegal and taught me everything I know about the sport, and Neil Gordon who has taught me so much on and off the field.

Neil wasn’t a soccer coach but a GAA coach (Gaelic football – Ireland’s national sport). He taught me many life lessons through sport. One of the things he used to say was “keep chipping away”, meaning slowly but surely breaking down your opponent one step at a time. I’ve carried this with me my whole life, and no matter what challenges I come up against in life I just “keep chipping away”, to overcome whatever challenges I face.

These two men have got me to where I am today and I’m very thankful to both of them.

If someone were observing you as a coach, how would they describe you?

Energetic! I’m always demo-ing or getting stuck in. I like to get as hands on as I can – the players feed off that and they raise their energy levels in response.

Go for it! From my time working for the company I can safely say YESsoccer are one of the best if not THE best in how they treat their staff on and off the field.

My career goal is to become a coach at the highest level possible and I hope to one day to work in the MLS. This dream of mine is made more realistic working with YESsoccer due to the close ties we have with Chicago Fire. We have many staff members who started at YESsoccer who have been able to go on to pursue a career with Chicago Fire and I hope I can do the same in the future. 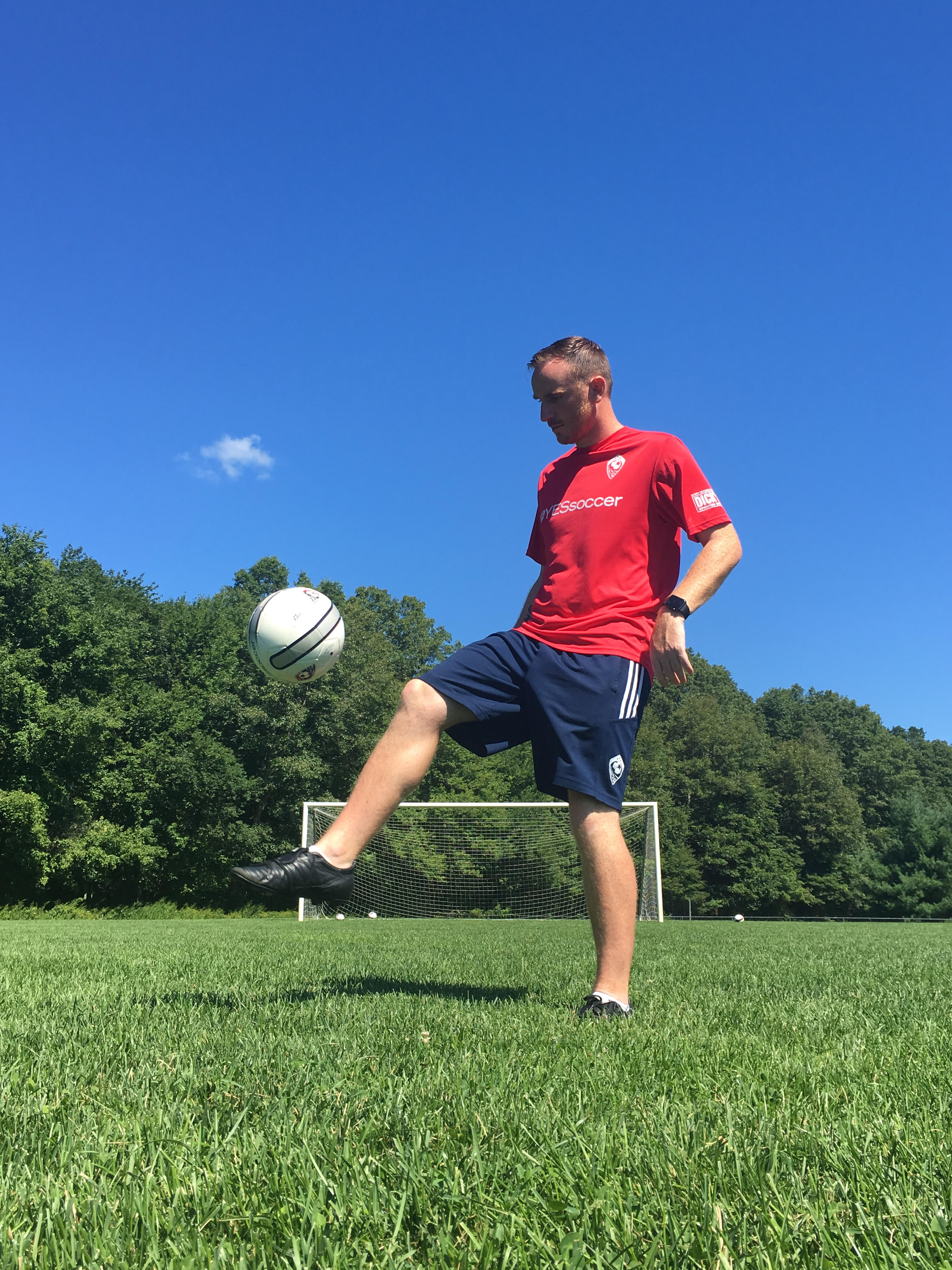 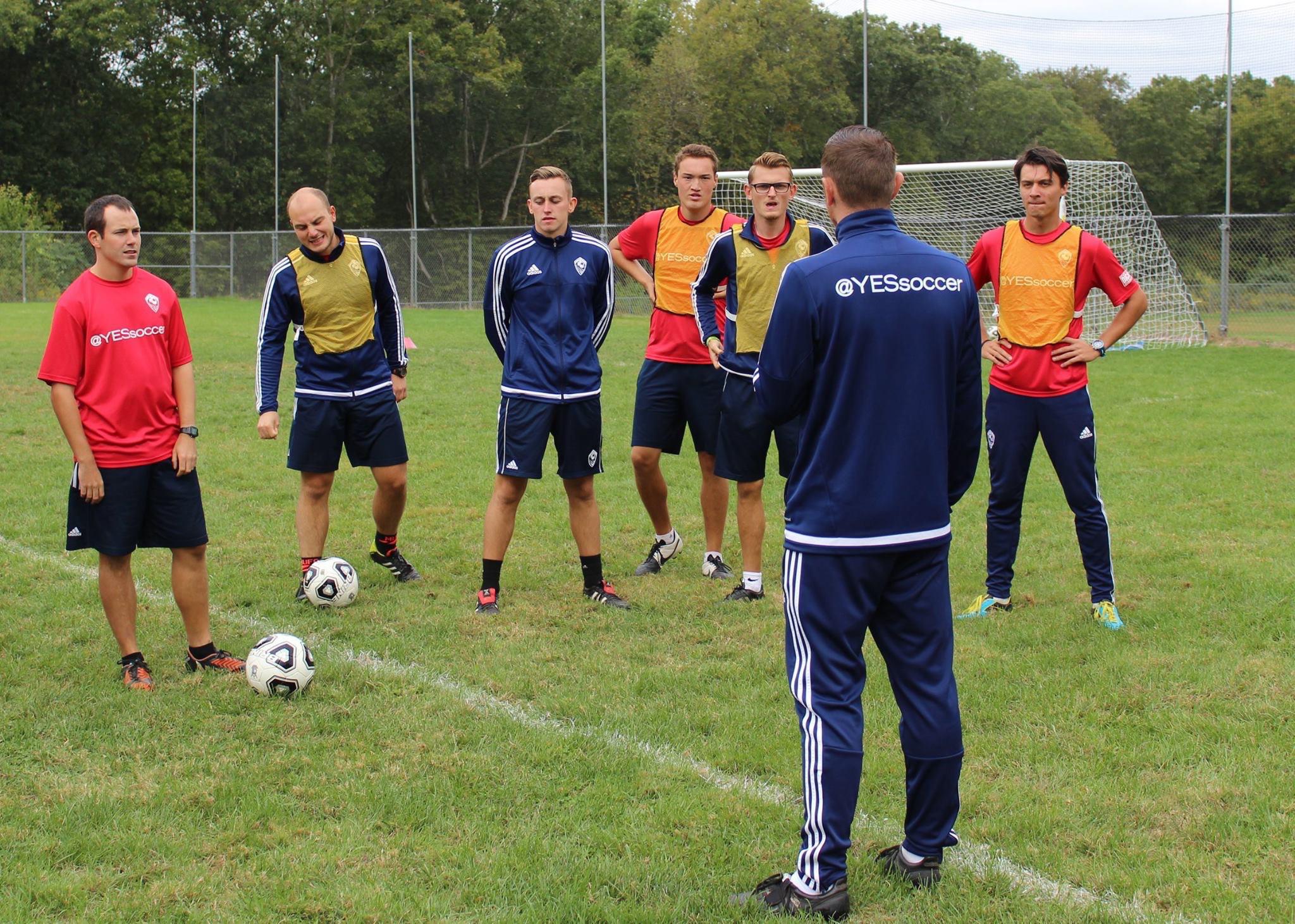 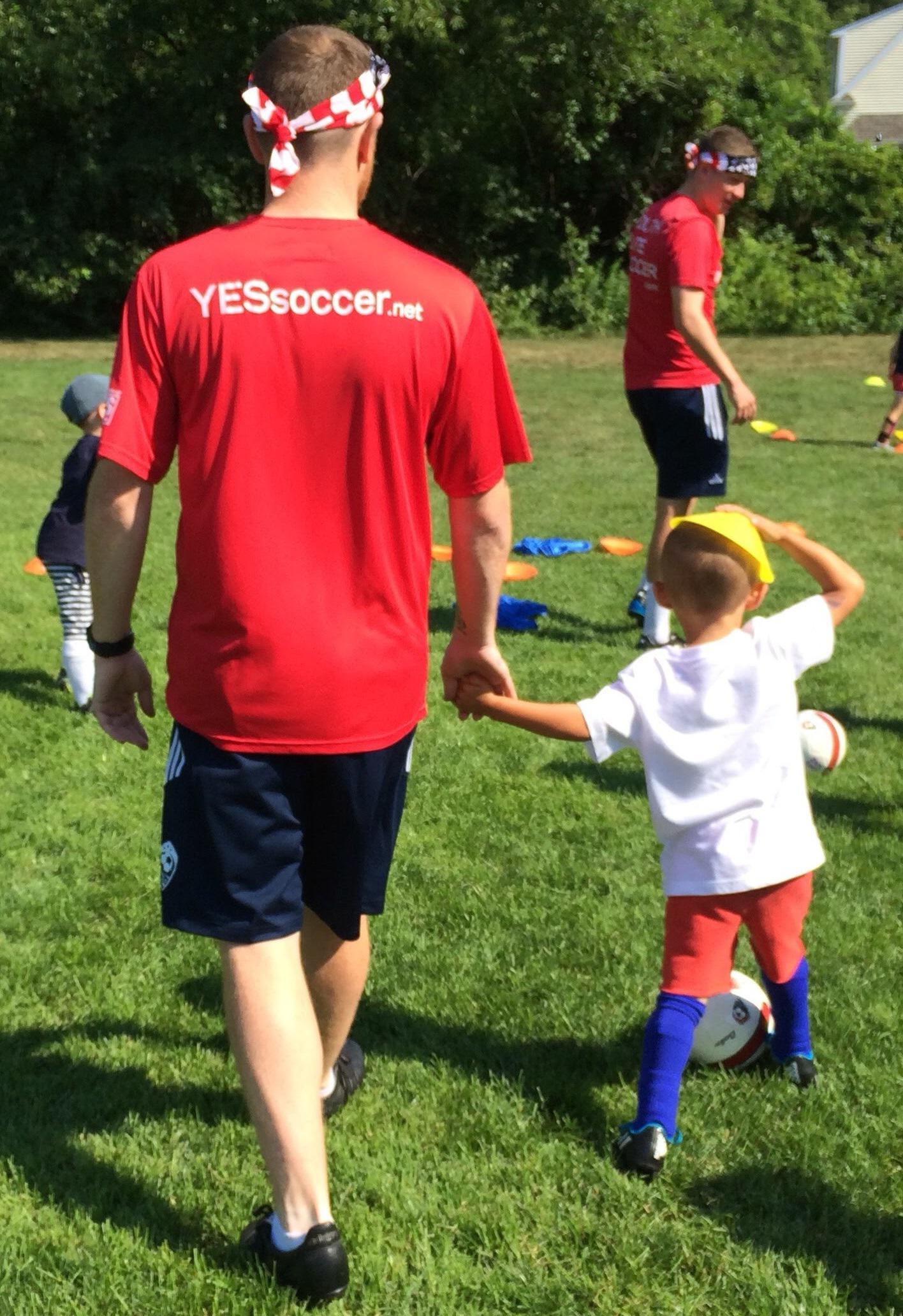 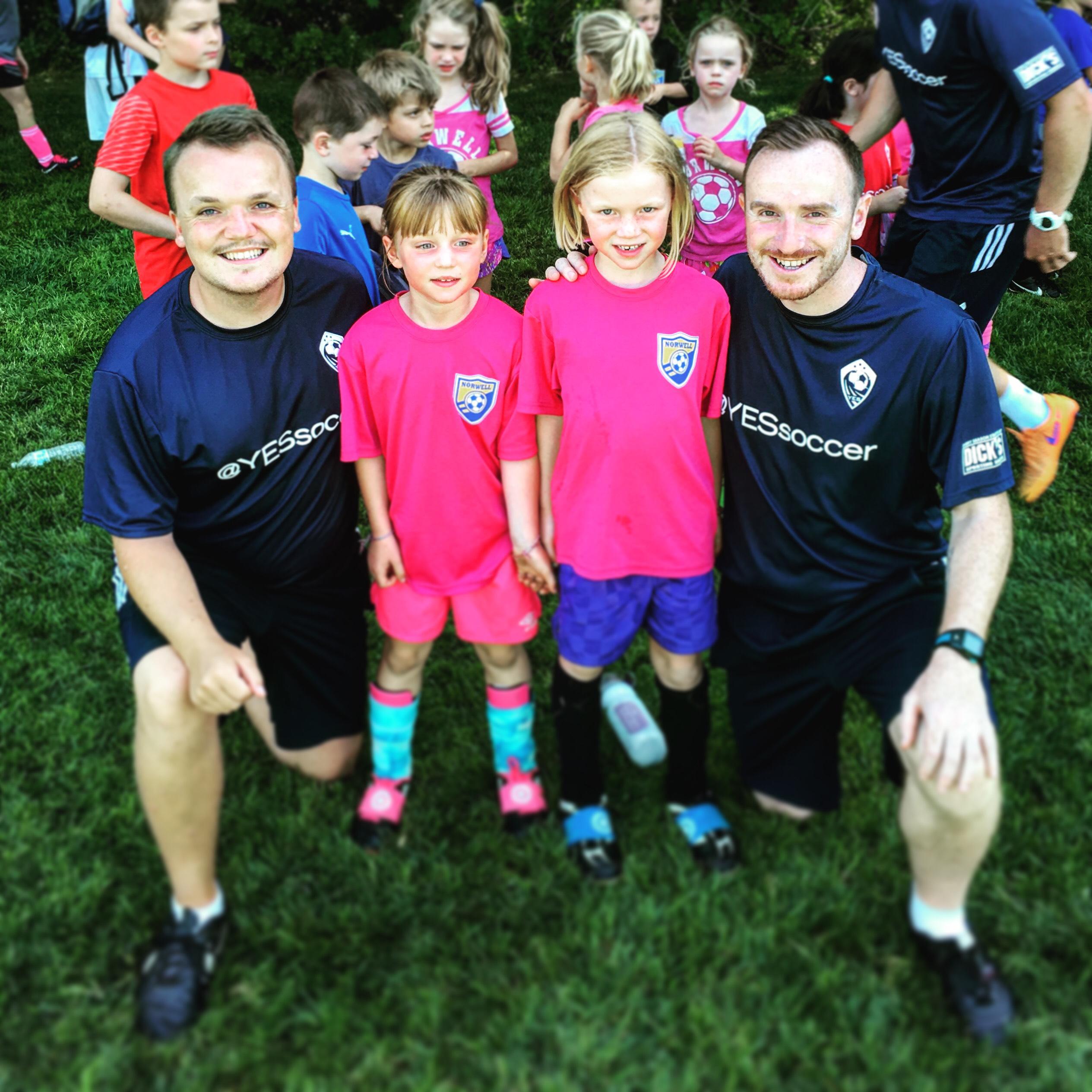