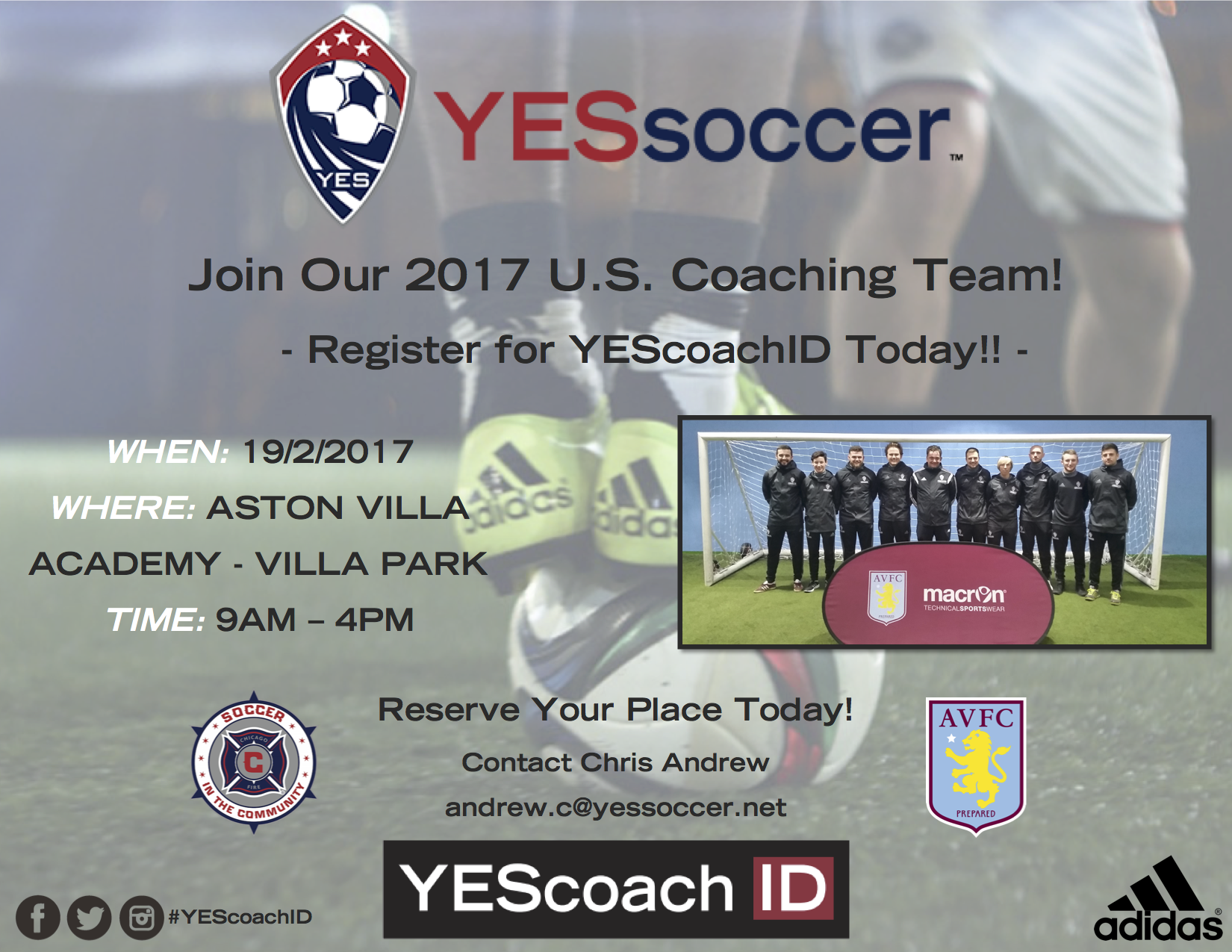 Prior to joining YESsoccer in 2016, UEFA 'A' licensed Ryan McConville guided Linfield Ladies FC of his native Northern Ireland to the UEFA Women's Champions League for the first time in their history.

Reflecting on a highly rewarding first year in the States, Ryan tells YEScoachID Director Chris Andrew how he made it in America.

Tell us about your coaching background and how you got into coaching.

I have been coaching for almost 15 years since the age of 18 and currently hold the UEFA 'A' license. I was very lucky to achieve a lot during my youth soccer career, playing in successful teams and playing in major youth tournaments such as the Milk Cup and representing Northern Ireland at schoolboy level. I played at all levels of soccer in Northern Ireland from semi-professional to top amateur sides – but nothing higher than that.

I was playing for a NIFL Championship side called Armagh City FC when my best friend at the time asked me would I coach the clubs women’s side, and this was my first coaching job. From then on I got hooked on women’s soccer so I progressed through my badges and have stayed predominantly on women’s soccer ever since. This game has taken me to South Africa, China, Russia, United Kingdom and the United States, and I feel very lucky and humbled that I can wake up every morning and do something I love as my job.

I chose to come to the US for a number of reasons. My main reason was my passion for women’s soccer! The women’s soccer program in the US has to be one of the biggest in the world – from the NWSL, WPSL and ECNL to the state leagues at youth level. To be a part of women’s soccer here has been an ambition of mine for some time. Having guided Linfield Ladies FC in Northern Ireland to eight trophies in three seasons, and guiding them to the UEFA Women’s Champions League for their first time in their history, it was hard to leave that behind but I knew I wanted a new challenge and to accomplish more in a new country to broaden my knowledge.

I closely follow social media and watched what they do in terms of putting good coaches into programs to help improve the youth soccer in this country, and giving young kids – both boys and girls – the opportunity to learn new things, and also develop their understanding of soccer and how it is coached in Europe compared to the US style! Using what I have learned in the past 15 years, it is so rewarding when you deliver your session on the field and you see the kids you work with glow with excitement and energy while they play. Coaching in this country definitely brings that to life.

What is your personal coaching philosophy?

From being a young coach starting out to where I am now it has been full circle. As a young coach I used to copy my ex coaches. I felt what they done was the cool thing to do, and if they were successful and I enjoyed playing under them, then I would use the same approach thinking I would be successful too - or so I thought! What I have learned in all my years of coaching is that coaching styles and trends will always change. Take Jose Mourinho for instance, bringing in the 4-2-3-1 to the English Premier League when he first arrived. Now we have Jürgen Klopp, Antonio Conte and Pep Guardiola bringing in new ways to play – each coach brings something unique to the way their teams play!

I have always believed in ‘making a good person before making them a good player’. By this I mean by creating the right environment for the players and telling them what you believe in - being humble, hard-working and even if you’re not a starter you’re just as important. I also believe in letting each player bring something to the team, whether that be an infectious personality that makes the group laugh or being a leader on the pitch by working hard and never giving up. These are just some examples but I feel this is what determines my playing philosophy.

My initial goal was to give something back to youth soccer! Youth soccer was very good to me and I was lucky to achieve some special moments and play with some fantastic players who went on to play at a high level, but I always had a parent coaching me so, although I will be forever grateful for the opportunities and what the coaches did for me, I never really learned a lot. So now I want to be able to give young players the best possible opportunity for them to be the best they can be, and it’s more than access to top class coaching!

A lot of the work carried out is on the soccer field but we affect them in so many ways – how we present ourselves, how we conduct ourselves on and off the field, passing on past experiences about playing the game and teaching our players life skills for the future. This is what I believe in and I strive to be a role model for these kids. If I achieve this then I feel I am carrying out what the YESsoccer brand stands for.

I would love to hopefully someday manage the Northern Ireland women’s national team, become a UEFA Pro license holder and to become a Coach Educator in coming years, but for now it’s important that I keep delivering the high standards and evolving as a coach in this modern game.

You are now a valuable member of the YEScoach ID Team. Can you tell us a little about how that opportunity arose and what you have done as part of YEScoachID?

The opportunity arose when I reached out to our COO Matt Brown and when my season at home in Northern Ireland was coming to an end. I really wanted to stay connected in the game!  It has been an ambition to be a part of one of the leading youth soccer providers in USA.

I wanted to be more than a coach, and to be part of a team that only recruits the best possible staff and one that shares the values I stand for. Now I am playing my part on the recruitment side by helping our Development Director Chris Andrew for the upcoming 2017 season in a bid to bring the standard of YEScoaches to next level.

What advice would you give to a coach applying to join YESsoccer for the first time about what it takes to be successful?

Life is all about being the best you can be and being a part of YESsoccer gives any potential coach – whether you are a Level 1 coach or UEFA Pro license holder – the best possible opportunity to improve as a coach and also a person. The opportunities you will have if you work hard are endless, and I definitely do believe America is the land of opportunity!

My short time here has seen me become a YESconnect coach with a fantastic club team and I have been given the opportunity to coach the Shreveport Lady Rafters in the Women’s Premier Soccer League (WSPL) – the second level of women’s soccer in the United States soccer pyramid. 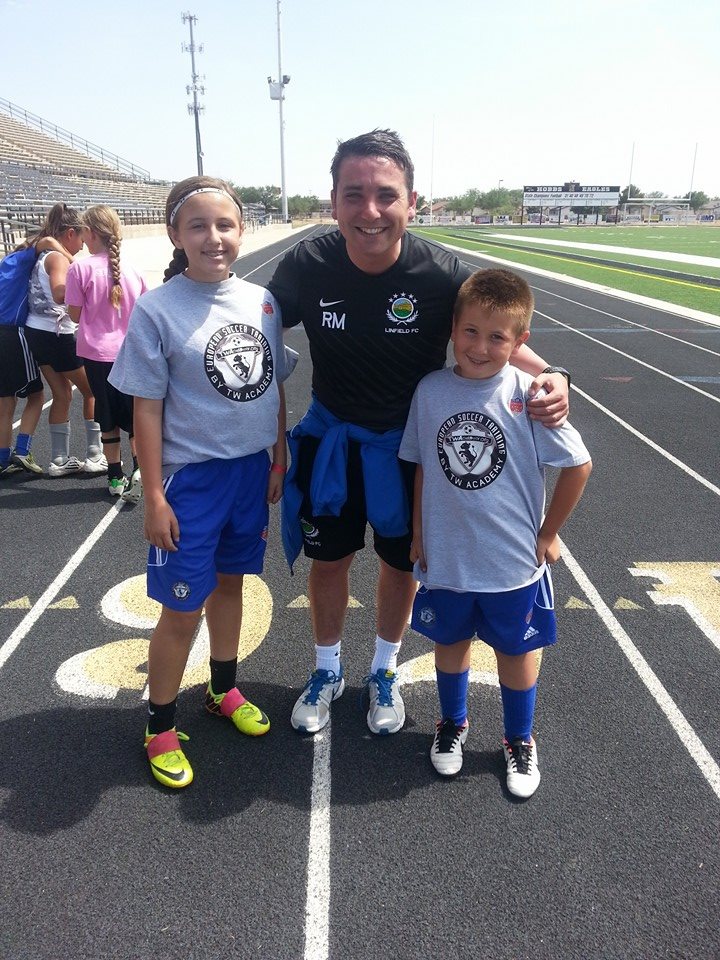 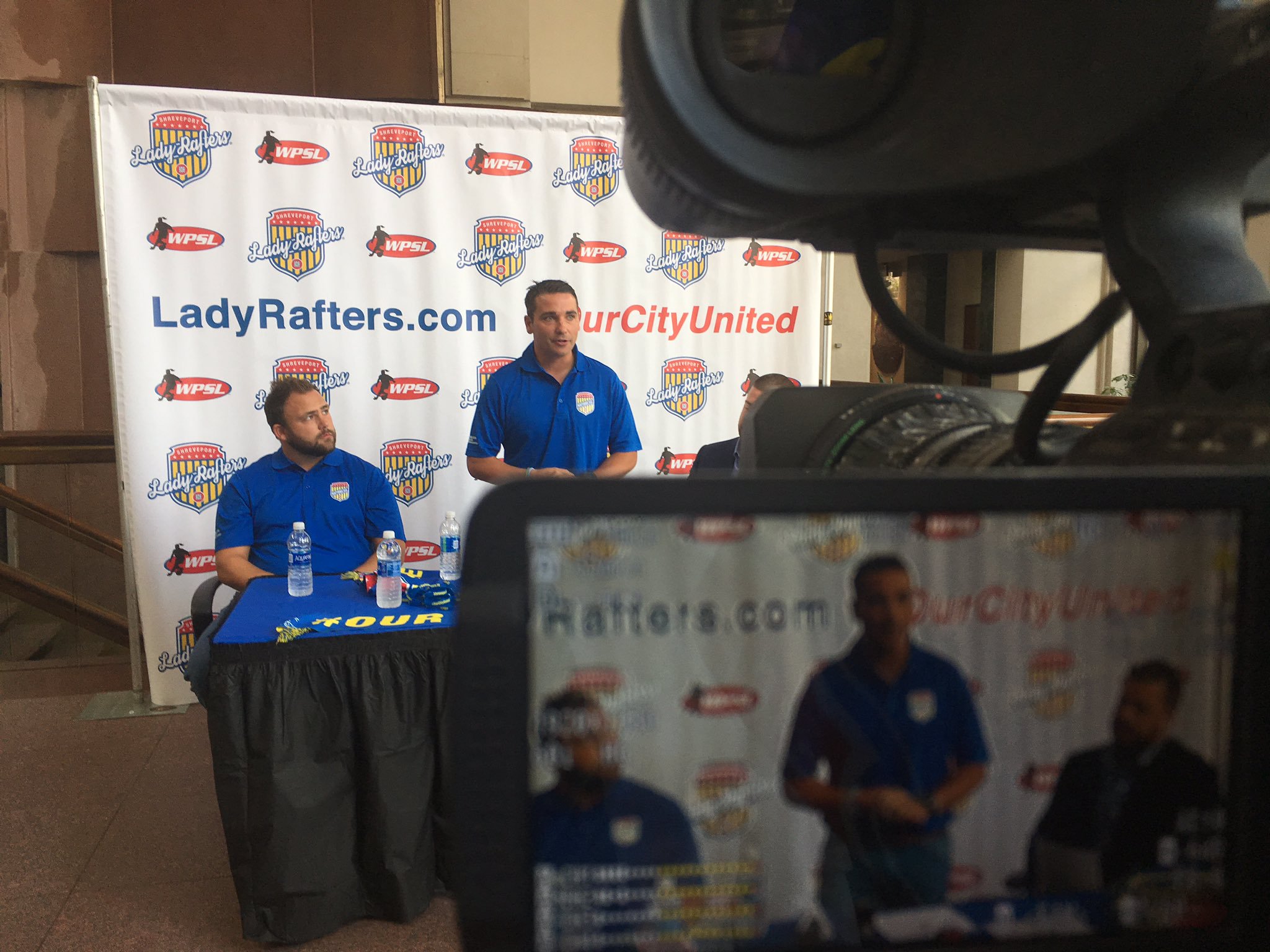 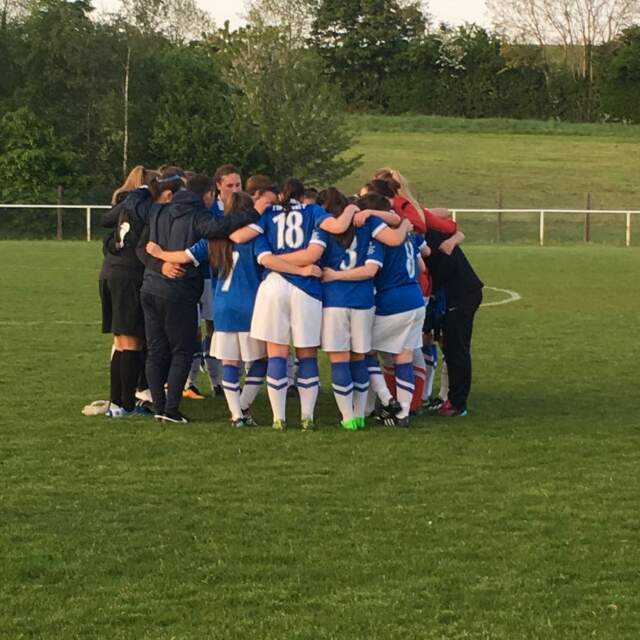 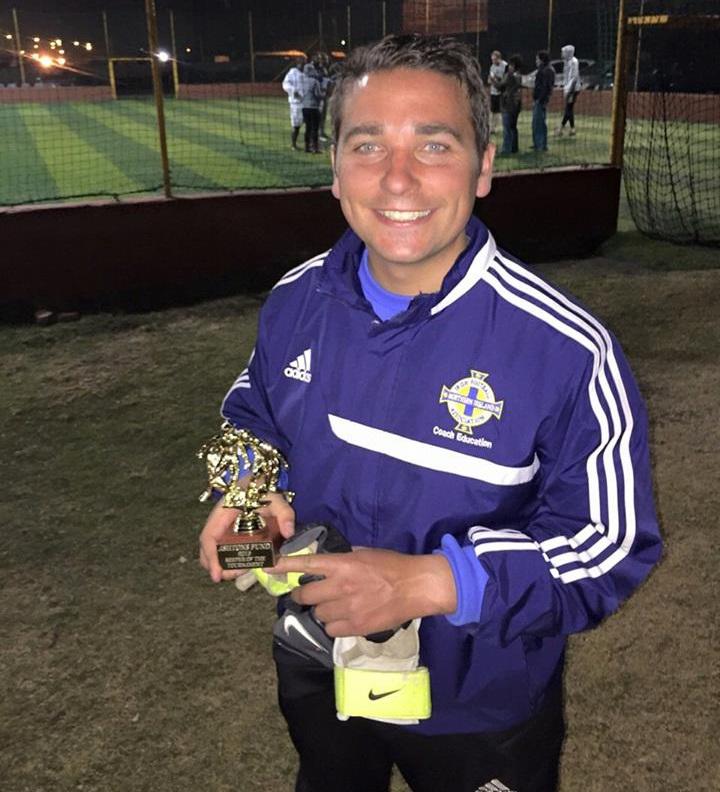 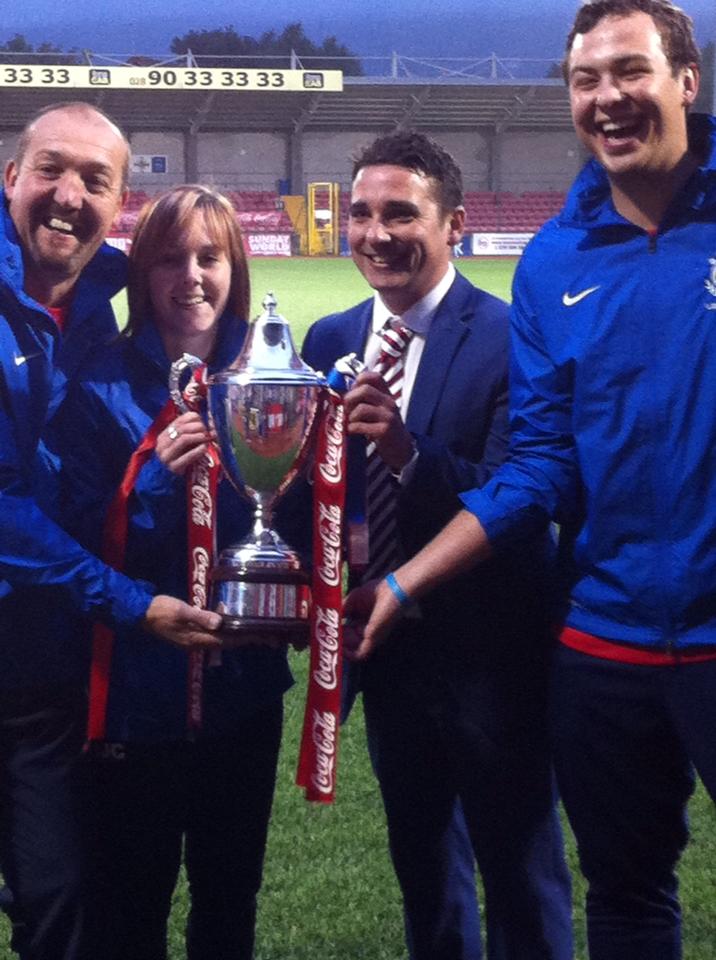