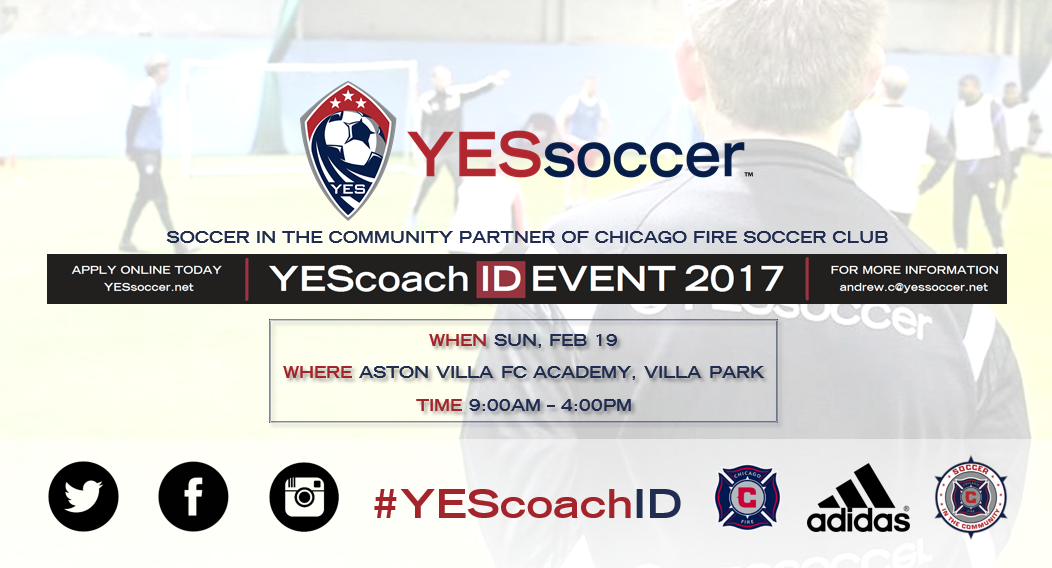 Prior to joining YESsoccer in 2016, UEFA 'A' licensed Pablo Aguilar - an academic high flier - finds himself at Eastside FC in Michigan via Valencia CF in his native Spain.

Looking back on a positive first few months in the US, Pablo tells YEScoachID Director Chris Andrew how he made it in America.

I’m from Valencia in Spain and I’m 24 years old. Soccer has always been part of my life since I started playing aged 10 for CF San José, one of the biggest local clubs in Valencia. At the age of 16 I was offered the opportunity to start working as an assistant coach with my previous coach and, after three years with him, my hobby became my passion and I decided to start my own career as a head coach. During the next five years I combined my part-time job as a soccer coach at CF San José (coaching teams from U6 to U19) with my studies – acquiring my business management degree, an MBA in sports management and UEFA B and UEFA A licenses. In 2016, I got the chance to work on summer camps for La Liga giants Valencia CF – this being my first experience working for a professional soccer club. Two months later I moved to US to begin this new challenge.

My coaching philosophy is that the coach has to be able to adapt to the players since, as each player is different, each team is different. I think that the coach has to get 100% out of his or her players, so it’s important to identify the strengths of the players and the team, and then give them your personal touch with your playing style preferences. What is my personal touch? Well, I’d say that I work a lot in the tactical aspects of the game, and I also like to use a lot of ‘rondos’ and possession games to develop the technical and tactical skills of my teams.

I have a certain obsession with tactical work because I think that good positioning and having an organized team allows you to compete better, and I always ask for two things from my players. Firstly, I like intelligent players capable to think and solve situations on their own, so my job is to help them to develop their decision making skills instead of just telling them what to do. Secondly, I think the only way to improve every day is playing always at the highest intensity possible, so I encourage all my players to try their best in every practice, playing with passion and enjoying what they’re doing.

I’m currently working at Eastside FC, a soccer club located in Grosse Pointe, Michigan. The club has a great future ahead of it and has taken big steps forward to grow in recent years. Right now, we have a great group of coaches (including five YEScoaches) led by DOC Gerard Jones, who is doing a great job to take the club to next level. I’m working as a head coach of five select teams (boys and girls, from U12 to U19) and, as well as my coaching role with them, we are always working to develop new projects and initiatives, and to improve our current programs within the club like the youth academy and recreational program.

I’d say that it was pretty easy to choose because I thought that coming to the U.S. was a difficult process but with YESsoccer everything was made easy! YESsoccer showed a real interest in me and did everything to help me make this dream possible. YESsoccer has a great structure in place and something very appealing to me was the amount of clubs with which they work all over the country.

I just started four months ago in Eastside, so right now I’m only focused on having a successful season with all my teams and building a good foundation for next year. I want to challenge myself competing at highest level possible and I also want to start getting the USSF coach licences to learn more about soccer culture in the U.S. and learn new ideas that can help in my personal development.

My first club in the U.S. was Century Soccer, a premier level club from Pittsburgh with which I worked during 2016 Fall Season. I worked as a head coach of an U10 team and had a big role working in the Technical Training Program with all different age groups in the club, working closely with DOC Mike Blatz. After that great experience I joined Eastside FC to start an exciting long term project not only as a head coach of five teams but in a position to help to move the club forward working in a very professional environment. I’ve only been here for 3 months but I feel that I’m growing as a coach every day and I’m excited to think about my future with the club!

Who have been the biggest influences on your coaching style and career? Who are your heroes?

I’d say that my biggest influences have been people with whom I’ve worked. The first one was undoubtedly Vicente Estruch. He was my coach at CF San Jose when I was 15 years old and the following year he offered me the chance to work with him as assistant coach, so everything started with him and he was who helped me the most to became a coach. I worked with him three years and he taught me everything I know about how to work as a coach. I always liked his philosophies and his coaching style based on keeping possession, being very offensive and very creative in set pieces; I still use lot of the things I learned with him in my teams, so he was a great influence for me.

The second one is Alex González because he has clearly been the closest person to me during my coaching career. We played together in Valencia when I was 17, then we worked together as assistant coaches and later I picked him as assistant coach in my first 2 years as a head coach. We both were very passionate about soccer and we used to spend hours talking about soccer. We also got our UEFA B and A licences together. We both like our teams being very intense and organized defensively to no concede goals and speed and creativity in attack, so our teams tend to play in a similar way and a lot of people think that we have a very similar coaching style. Since he started his own career as a head coach four years ago we’ve been talking every week about our teams and helping each other, sharing new ideas and resources to make our teams better. Even now, 6,000km away we keep talking every week about our games, so I guess that he’s still one of my biggest influences.

I guess that the word would be ‘passion’. I want my players to enjoy soccer as much as I do and my aim as a coach is to transmit my passion to them. If, after finishing playing with me, my players think that they had a coach that believed in them, and that they are better players and enjoy playing soccer more than when they started with me, I’m happy. I also want to think that I help my players to understand the game better and to learn how to move and position themselves better on the field.

I started coaching when I was 16, so this is my ninth year coaching. I always try to learn from everyone I work with and from every situation that I experience as a coach, so I learn new lessons continuously.

One of the most important lessons I’ve learned is that, as coaches, we play a key role in the education of our young players. We have to be an example and a reference for them since they usually see their coach as someone important for them, and they can be influenced by what we tell them and how we act with them.

Another very important lesson I learned is that you can never let yourself be influenced by the pressure and opinion of people on the ‘outside’ because no one knows the team better than the coach. You may make wrong decisions trying to decide what you think is better for your team, but failing for trying to keep others happy is to betray yourself.

A third one would be that there is no easy game. Any team can beat anyone, so always do your best and think about what you can do to be better next time. Overconfidence can be dangerous!

I like to say that I am better coach than yesterday but not as good as I will be tomorrow. My great desire to learn and my open mind to acquire new ideas help me to improve every day. People usually say that I’m very enthusiastic and a perfectionist, and that’s true because I like to have everything under control and I always keep working to improve the aspects of the game that we don’t dominate yet. With all the teams that I’ve worked so far I got better results in the 2nd part of the competition than in the beginning, so it probably means that my teams get better during the season as a result of my desire to seek perfection. I’m also very organized and I work a lot on tactical aspects in every training exercise because I understand the tactics and positioning as a key part of soccer.

People also say that I’m good in my personal skills with players and identifying their strengths to get 100% from them, and that I have good eye when I’m scouting players to identify those who have good potential to build a strong team, so I guess that all these are a few things that make me unique as a coach, but I still want to improve in many points.

How long have you been coaching for and what is your ultimate goal? Where do you see yourself in 10 years? What is your dream job?

This is my ninth year coaching and I like to be ambitious, so my ultimate goal as a soccer coach is become head coach of a professional soccer team. Ten years is a long time and many things can happen, but I’d say that I’d like to be working in a professional soccer club in an important role. Other options that I also like would be to work as a DOC or to coach at the collegiate level. Becoming head coach of Valencia CF or the Spanish national side would be a dream for me. 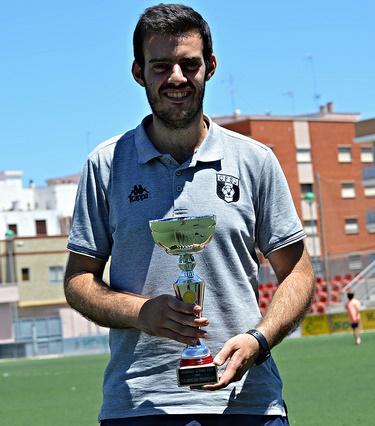 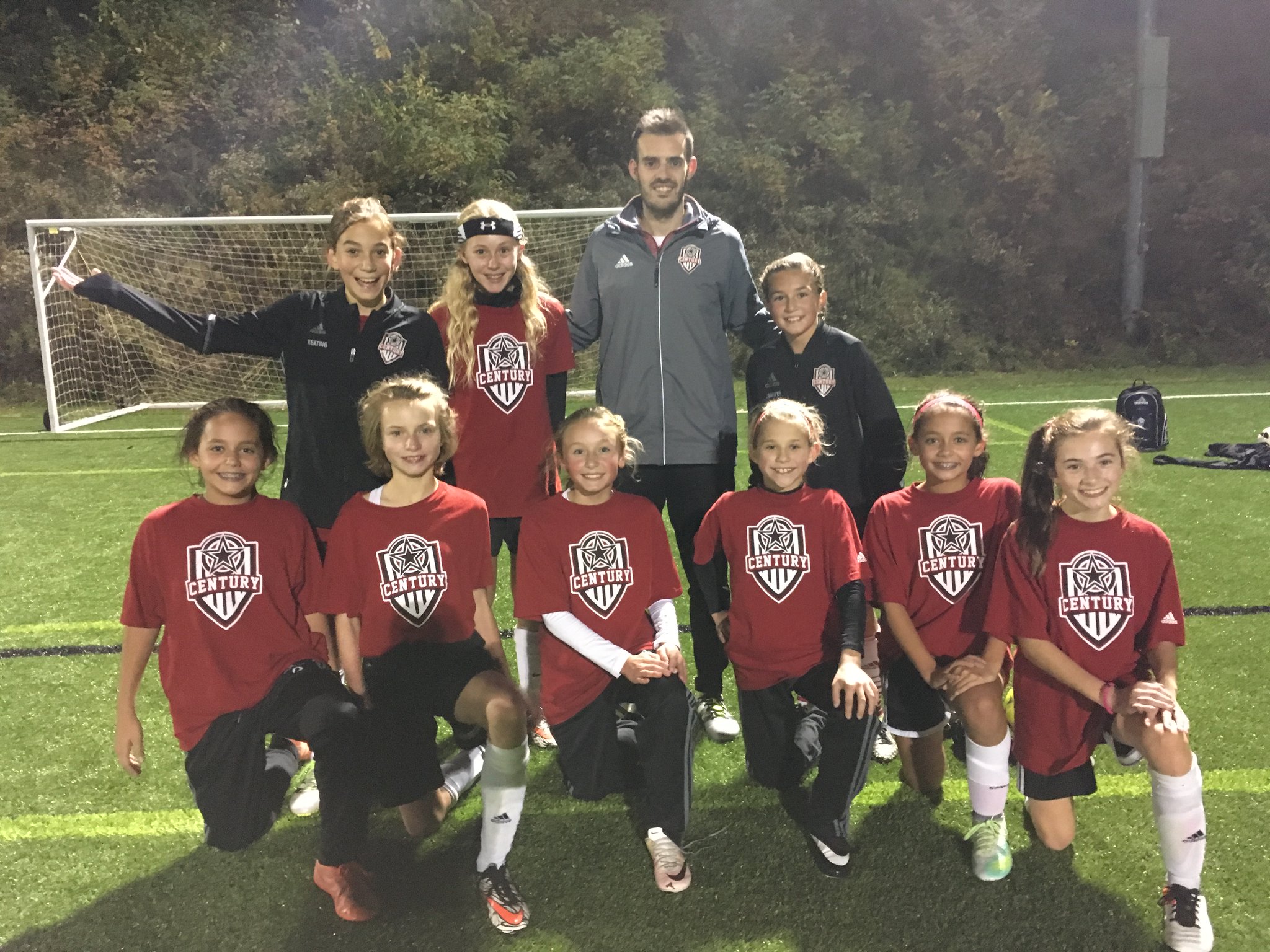 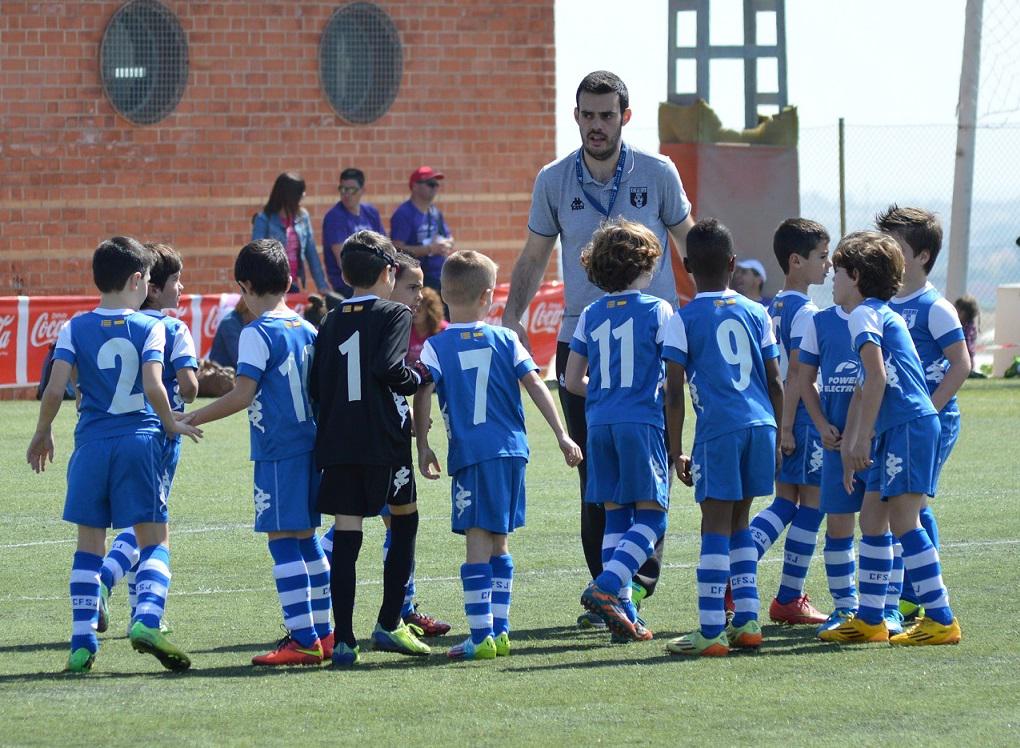 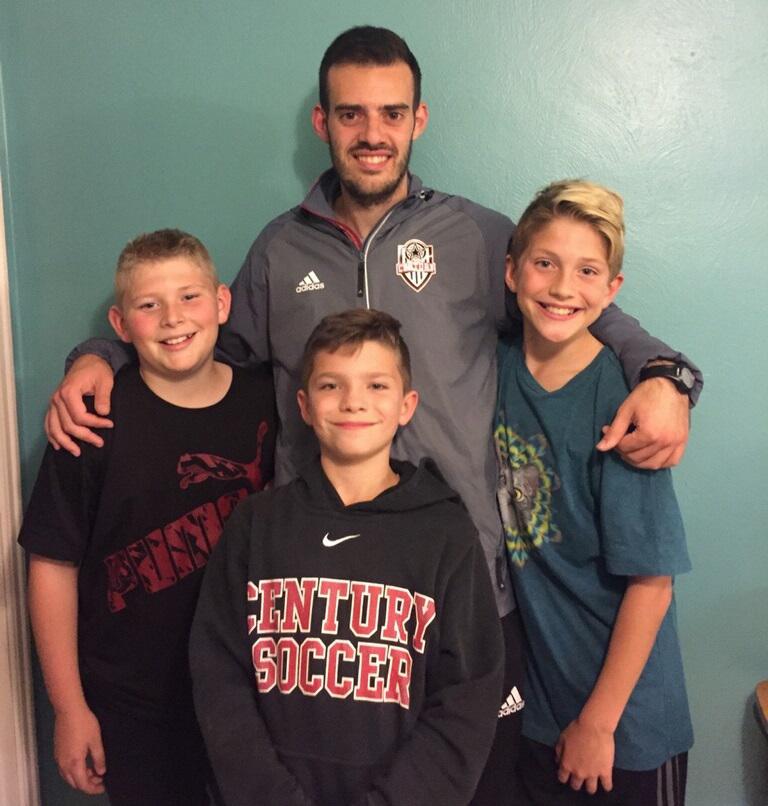 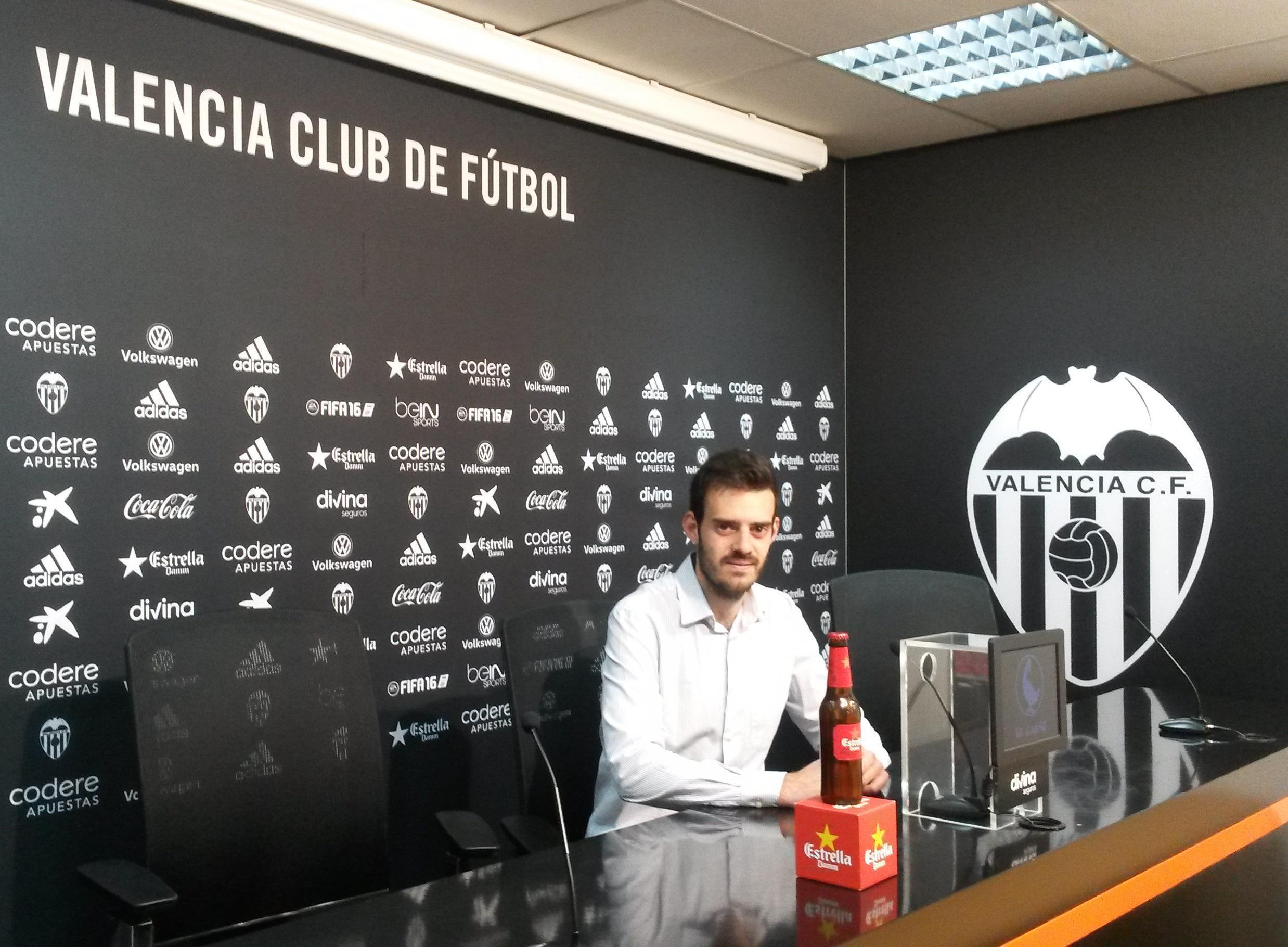 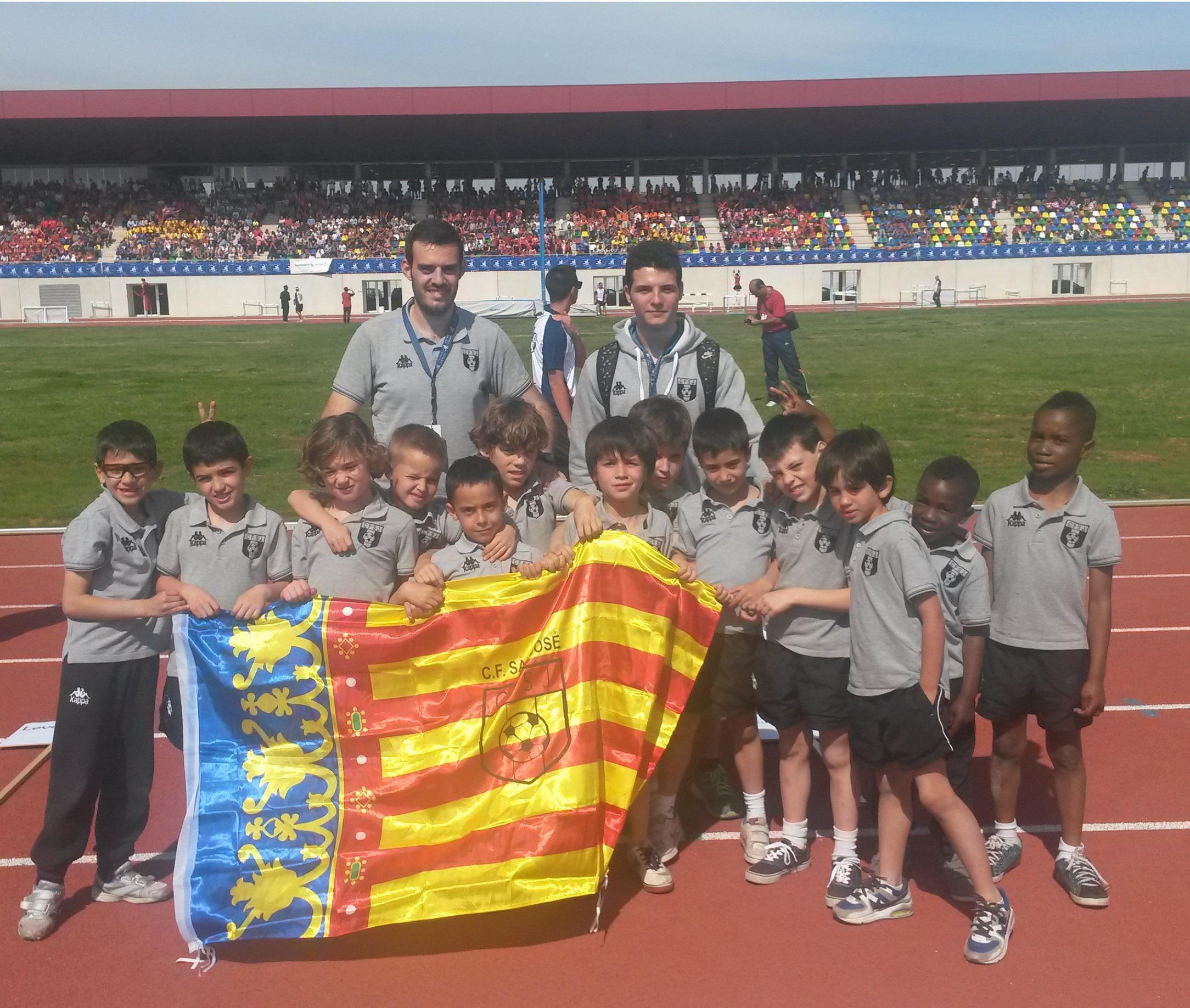