Reflecting on a highly rewarding period in the States, Sean Doyle tells YEScoachID Director Chris Andrew how he made it in America.

After leaving a university course in 2014, that I had no ambition to pursuit, I was prompted by my coach to attend a basic FAI coaching course. Football had always been my passion and immediately I knew football coaching was my future.

I completed a few courses without any practical coaching experience, first coaching August that year with grassroots club Cootehill Harps AFC. I had recently moved to the area and figured the local football club was a good place to become involved with the community. I had landed on my feet as Cootehill’s facilities was a main hub for county and provincial football, meaning I could immerse myself and learn with different teams, squads and coaches.

I was completing my FAI Youth Cert. (the then Irish Level 2 equivalent) in the Spring of 2015 when I asked a tutor on the course where was the best place for a young coach to get experience. He recommended the United States, and after asking around, one of my mentor coaches at Cootehill Harps AFC recommended Youth Elite Soccer - We now work together at the same club in Illinois. By June 2015, I was working with Chicago Fire: Soccer in the Community.

Since then, I’ve coached in 5 countries on 3 continents. I’ve worked with Youth Elite Soccer every year, being involved with three youth clubs in Illinois as a development coach, working with MLS club Chicago Fire’s outreach to the community and I’ve been a part of their YES Coach ID recruitment team for the past three years. I’ve been involved with most youth teams at Cootehill Harps AFC and with the area’s FAI C.M.U.L Emerging Talent Programme. I’ve coached with Coerver Coaching in Ireland and Northern Ireland, setting up and co-ordinating branches of their Performance Academies in my local area. This past winter while on holiday in South Africa, I was able to volunteer at a local school for a week.

I wanted to get as much quality coaching experience as possible. The tutor on one of my courses explained that he had worked in America for a number of years before working with the Football Association of Ireland. He mentioned how coaching in the U.S. was seen as a full-time role, so I’d be developing as a coach constantly. When I first arrived in Chicago, I honestly was quite a poor coach by the standards I’d expect from myself. I persevered, asked as many questions about how and what to coach and by the time I went home, I had massively improved from my first week. I continue to return to Chicago because I’m still developing, I’m still learning and I continue to improve as a coach.

Fun first and foremost. I’ve an enthusiastic and energetic personality, I utilise that in my coaching style. From my own experiences, if I’m not enjoying myself, I’m usually not interested. I feel the same logic can be applied to the youth players I work with. If my players go home from a practice session with a smile and return to learn the next day, I’m satisfied.

In terms of football coaching itself, I nurture development and encourage the learning process. I enjoy mistakes with purpose, and encourage giving reason to every mistake. For example, if a player makes an unsuccessful pass but understands the purpose of the pass, the reason it didn’t work and is willing to try the pass again, there’s no limits on the potential that player can have. My current focus in coaching is technical development of players. I believe if a player has strong technical ability, they have the foundations to be involved with a cohesive team unit.

As a coach, education is very important to me. Over the past few years, I’ve participated in 25 coach education courses to climb the coaching ladder. My current ambitions are to progress further on this path. It is my hope to do my U.S. C license at during 2018. I’m also looking to attain the UEFA B licence and/or return to third level education. I’m currently acquiring a level 6 Advanced Certificate in Sports Psychology as well as a Diploma in Communication Skills.

Coaching in the U.S. has opened so many doors for me. Aside from the fact that my coaching ability has improved and developed, I’ve been able to network and this has led me to further opportunities. I’ve been invited to observe coaching sessions at universities and high schools in America, as well as build friendships with coaches from the Football Association of Ireland and Premier League academies. The experience and education I’ve received in America has helped build my image as a respectable coach, something I struggled with, particularly in Ireland where the culture is better suited for older coaches.

I’d 100% recommend it! Whether it’s just for the season or the long term, it’s worth investing the time to coach out in the U.S. I’ve made priceless friendships and some indelible memories in my time coaching in America. Coaches looking to take the profession seriously have gone on to work with big clubs after they return home or have settled down to a future in America. Personally, I’m still developing myself for similar opportunities and working with YESsoccer has facilitated this.

When coaches arrive stateside, I’d recommend that they do so with an open mind. If you’re looking to develop, be eager to learn and consider previous coaching experiences as an idea to build on. There’s a perception that football in the United States has everything to learn. I’ve learnt that this isn’t the case, it’s the fastest growing sport in the country with a vast number of youth players who are developing rapidly. They have their own culture and philosophies. I’ve always finished a season learning more than I’ve taught.

When players I’ve worked with finished playing, I’d like them to take away qualities I’ve tried to implement in my coaching. I’d hope that players show determination and dedication in all their future endeavours. I’d also like my players to be enthusiastic and passionate in the pursuit of their ambitions, having the confidence to be the best they can be.

I enjoy receiving feedback from players, parents and coaches and above are some of the qualities they’ve described me as, which I’m personally very delighted with. However, my favourite word players have used to describe me is ‘role-model’. Being an older brother as well as being a coach who influences so many youth players, being recognised as a good role-model is something I’m extremely proud of.

How long have you been coaching for and what is your ultimate goal? Where do you see yourself in 10 years? What is your dream job?

I’ve been coaching for just under 4 years, which on the timeline of how long I plan to be involved with coaching, isn’t very long. My ultimate goal is to work at the elite level in a managerial / head coach role someday. I don’t know where exactly I’ll be in 10 years’ time, however I know I’ll be closer to my goal. I’d like to have my UEFA A at that stage, working towards my UEFA Pro (or the equivalent, depending on where I am). My dream job would be to coach on the international stage, ideally in a world cup. For now though, given where I am on my journey, I like to think I’m currently working my dream job.

What is your most memorable moment coaching?

My most memorable coaching moment is the day I left Mundelein AYSO 372. It’s a small recreational club with about 500 youth players, catering to children from 3 years old to 19 years old, including special needs ‘VIP’ players. I had been with the club for almost two years and had grown into a Director of Training and Development role. I was quickly adopted into the community and became attached to the players and their families.

My last role with the club was to oversee their annual summer camp. As the week came to a close, a lot of families I’d worked with came to say their goodbyes and wish me well. As someone who’s as passionate about coaching as I am, it was quite emotional for me to hear the compliments, memories we had shared and plans to continue with the sport. A few months have passed since, but the Mundelein AYSO 372 social media page continue to introduce me as “Our very own Coach Sean”, keeping the community up-to-date about what I’m doing in the world. Hearing how much positive impact I’ve had on so many youth players and their families, it’s my proudest moment and my fondest coaching memory. 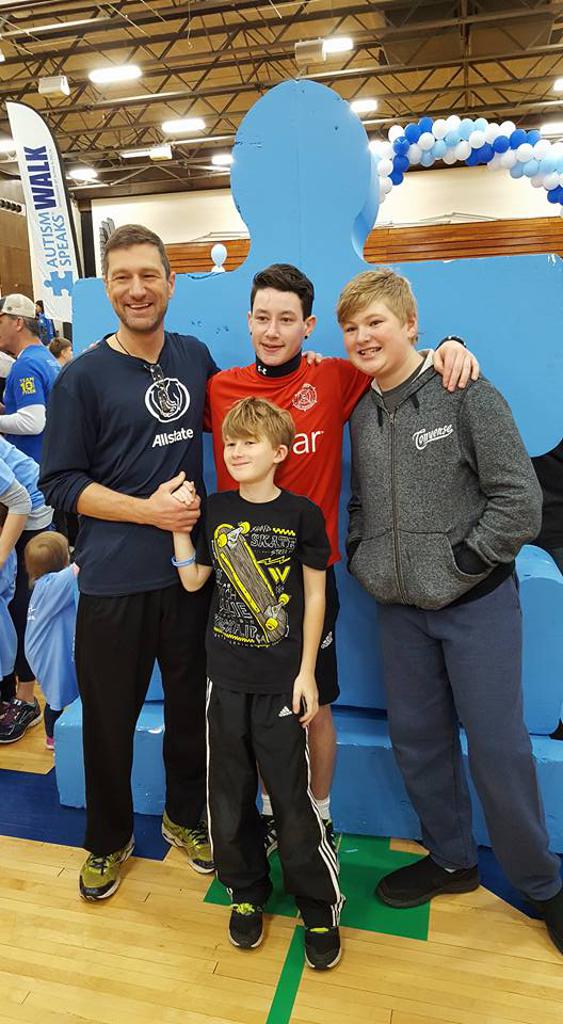 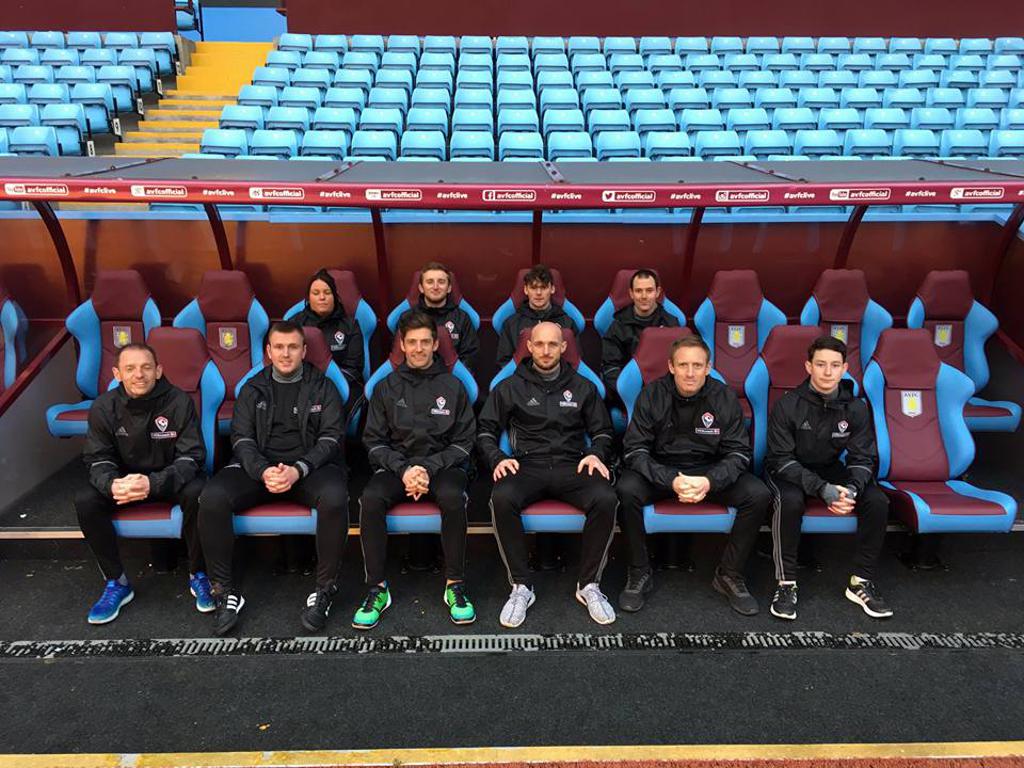 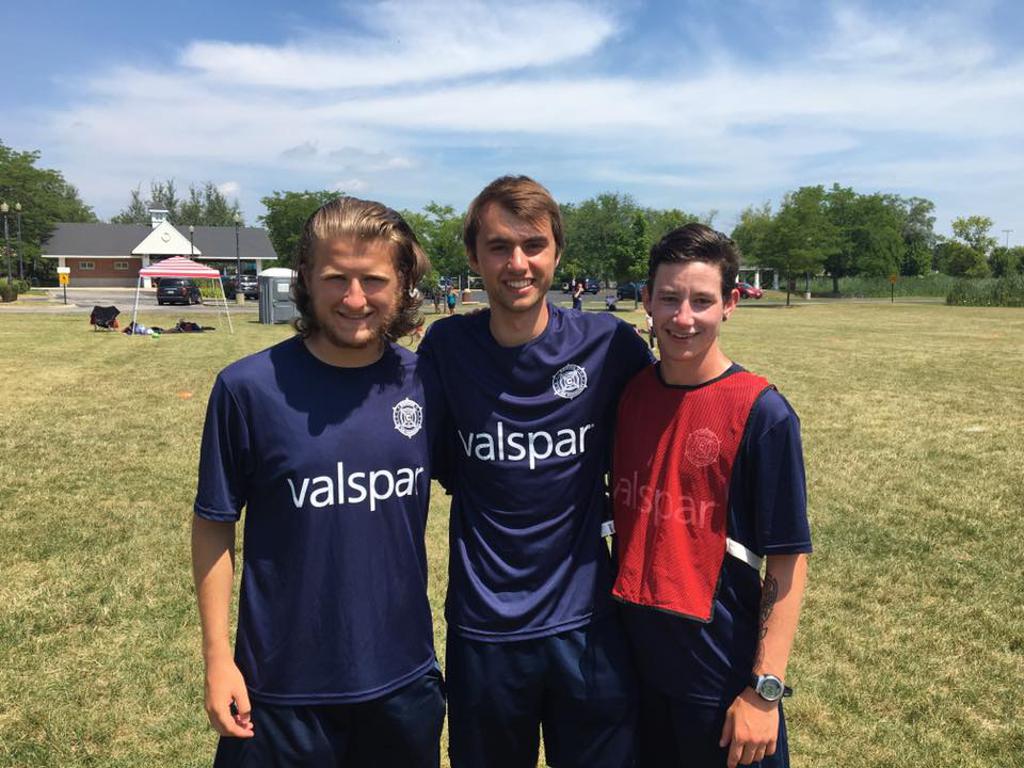 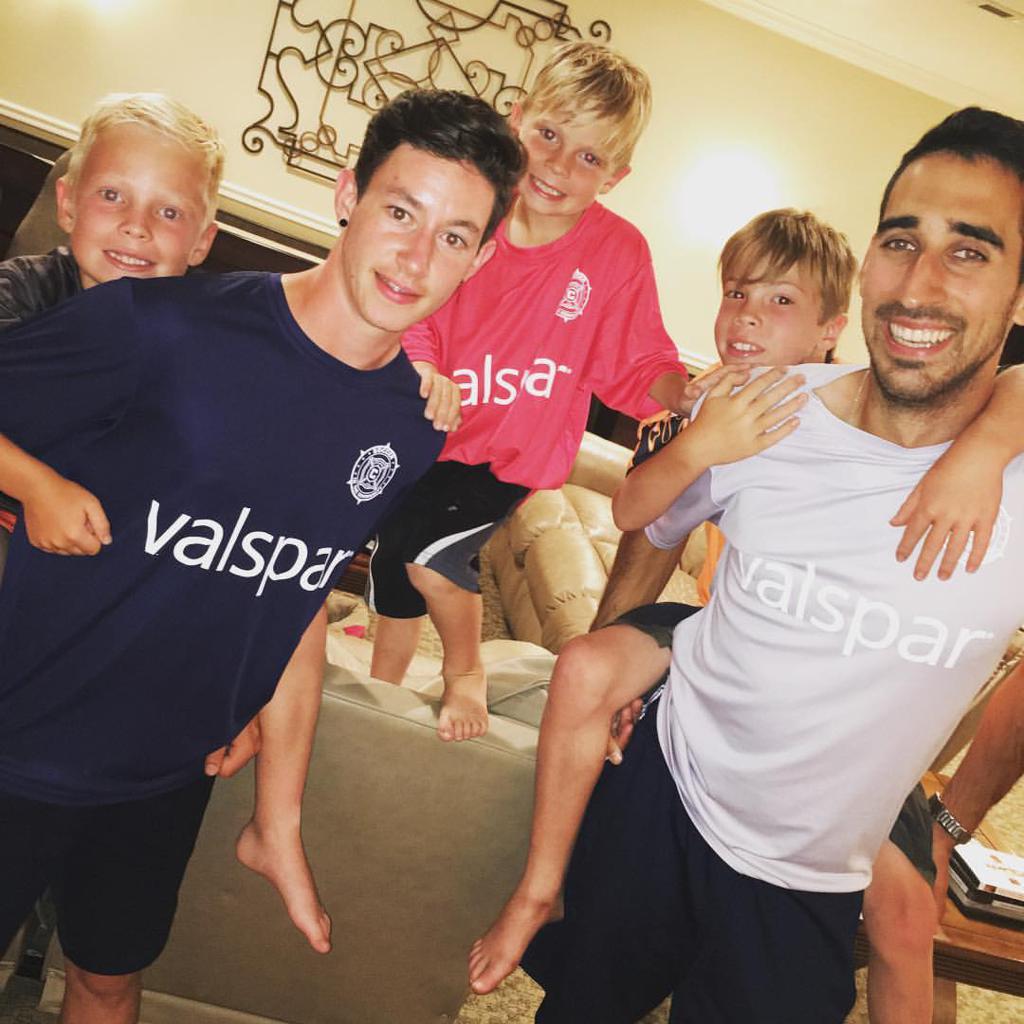